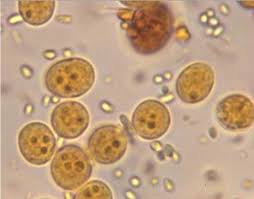 The most common parasitic infections that cause health problems are Blastocystis Hominis (Blasto) and Dientamoeba Fragilis (D.Frag) and both often come with an underlying Entamoeba Histolytica infection.

Main Symptoms of a Parasitic Infections

In our clinic we often spot parasitic infections when patients have unexplained digestive issues and don’t respond as they should to treatment.  The most common symptoms are:

How Do You Get Parasites?

Blasto, D.Fragilis and Entamoeba Histolytica parasitic infections occur via a faecal-oral route. It can be as simple as an infected person not washing their hands after going to the toilet and then preparing your food.

These parasites are prolific in hotter countries including Asia, Mexico, South America and Africa. If you have travelled to any of these countries you are more likely to be infected.

Natural treatments will rarely kill these parasites. Low-grade infections may be controlled with natural medicines but specific pharmaceutical drugs are required to kill these parasites. Pharmaceuticals are around 80% successful in killing the infection. When not successful patients may need to resort to more invasive treatments including anti-parasitic enemas, which will kill the parasite on contact followed up by faecal implants to re-establish gut flora (as the drugs administered also kill off the natural gut flora).

Unfortunately the treatments are harsh on the body and can leave it in a bit of a mess.

The Role of Chinese Medicine

Chinese medicine is not a primary treatment for strong parasitic infections. Chinese medicine is best used to help you recover from pharmaceutical treatment, to rebuild your gastrointestinal system and to get you well again post-infection. Acupuncture Melbourne is also used to improve blood-flow to your gastrointestinal system so your body can repair and recover from treatment.